Is HDPE Safe for Drinking Water?

At present, most people are very concerned about food safety, especially drinking water, which is the source of life. Drinking water safety is not only related to water quality, but also to the material of drain pipes. Plastic pipes and pipes are widely used to transport all types of gases and liquids.

Because of its inherent advantages, plastics may be superior to metals. They are lighter, do not require open-fire connections, and are flexible enough to simplify installation and reduce fracture caused by freezing. Plastics are usually low-cost and resistant to corrosion and scaling that plague metals in some applications. 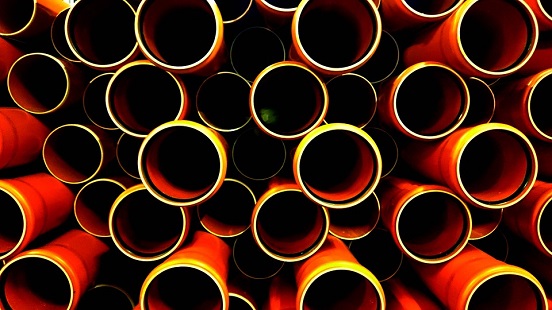 In the application of drinking water, the plastic produced some controversy. The polybutene pipe material introduced in the 1970s led to unacceptable leakage problems and eventually led to a large-scale collective action. Polyvinyl chloride (PVC) and chlorinated PVC (CPVC) tubes are common. However, some environmental groups say the risks associated with PVC production and pipeline handling exceed the benefits of these materials.

For drinking water, HDPE propile pipe was initially limited to cold water service applications because early formulations were not strong enough for hot water systems at high temperatures. Suppliers have subsequently developed crosslinked polyethylene (PEX) with excellent strength and high temperature properties that are common in radiant floor heating applications and increasingly used in domestic heat / cold water systems. However, as indicated in the initial question above, the available pipe sizes are too small for larger commercial installations. Both HDPE and PEX are polyethylene (PE), but due to their different properties, Care should be taken not to confuse these two very different materials. HDPE propile pipe can be used as hot water as a lining in multilayer pipes, where strength is provided by another layer of pipe (e.g. aluminum), but multilayer pipes do not provide all the performance benefits of separate plastics. Over the past decade or so, new HDPE propile pipe  formulations, such as Dowundefineds PE-RT (High temperature resistant Polyethylene), have been available for high temperatures, including domestic hot water.

HDPE-High Density Polyethylene-is a common industrial plastic that is highly utilized in modern applications. Federal regulation oversees the use and service of HDPE. If the HDPE propile pipe is made of the following materials, a tank made of HDPE is safe for storing drinking water and can safely drink the stored water: FDA-approved food-grade BPA-free, unused polyethylene resin, which is also: ANSI/ NSF 61 Approved for potable water applications.

High density polyethylene (HDPE) is one of the "good" plastics that can be used safely in food and water. A common plastic memory aid can be found from a variety of sources: "one, four, five and two, all of which are good for you." This rhyme refers to the recycling code on the plastic container, one of which is PET, two are HDPE propile pipe IV is low density polyethylene (LDPE), Fifth, polypropylene (PP). PPRC found no evidence of any widespread health problems associated with the use of HDPE in food and beverage or drinking water applications.

Generally speaking, it is safe to use HDPE propile pipe for drinking water, but the choice of any pipeline material has advantages and disadvantages. HDPE is a plastic material with great advantages, so if you want to drink water healthily, and you want your health will be more secure. Please choose the HDPE propile pipe from Eagle Technologies Co., Ltd., which will make your drinking water more secure.